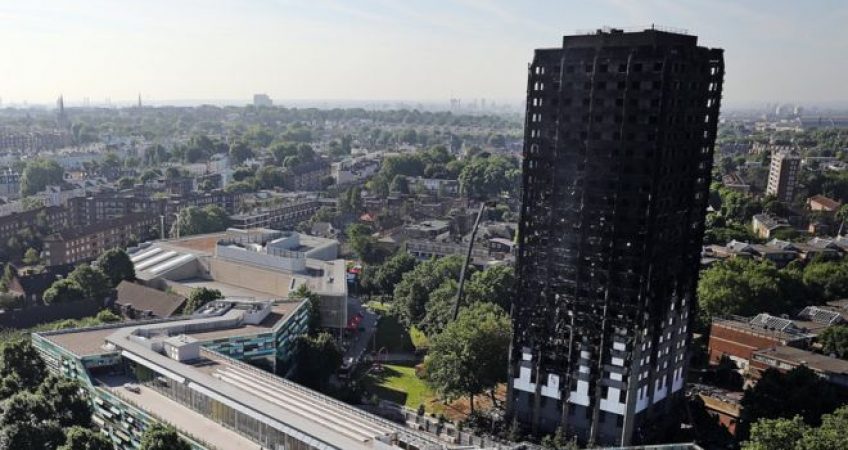 Posted by Scott Moffitt In Uncategorised

Grenfell Tower fire survivors whose immigration status was uncertain will have the chance to be granted permanent UK residency, the Home Office has said.

This is a change to the one-year immigration amnesty announced after the June blaze in west London.

Immigration minister Brandon Lewis said the government “believed it is right” to give survivors greater certainty.

Meanwhile, the chancellor has said the government will not “automatically” fund fire safety measures for councils.

Mr Lewis also announced that relatives of survivors and victims who have been allowed to come into the UK for reasons relating to the fire will have the right to stay for six months.

In a statement, Mr Lewis wrote: “Our initial response to this terrible tragedy was rightly focused on survivors’ immediate needs in the aftermath of the fire and ensuring they could access the services they need to start to rebuild their lives.

“However, since the Grenfell Tower immigration policy was announced, we have been planning for the future of those residents affected by these unprecedented events”.

The announcement came on the same day as another inquest opened into the death of a resident of the tower. Ligaya Moore was a 78-year-old grandmother who had moved to London from the Philippines in 1974.

Mrs Moore’s inquest is the 68th inquest to be opened in relation to the fire.

The chancellor said that money for works ordered in the wake of the tragedy in west London will be available only as the “last resort”.

Instead, Philip Hammond will remove rules which ring-fence some parts of council budgets to allow local authorities to use their own money.

However, he insisted that all “safety-critical” changes would be made.

Speaking to MPs, Mr Hammond said he had asked councils that said they did not have the money to set out details of the shortfall, but that none has yet done so.

The chancellor said the government would act when it was certain that a council “genuinely does not have any available resource”.

The measures could include the removal of flammable cladding and retrofitting sprinkler systems in council-owned tower blocks.

Councils said many of the changes had been recommended by local fire services.

On 16 June, two days after the Grenfell fire which claimed at least 60 lives, Communities and Local Government Secretary Sajid Javid pledged that the government would “do whatever it takes” to improve safety in tower blocks.

Yet several councils have already complained that money has not been forthcoming.

The leader of the Labour opposition group on Westminster City Council, Adam Hug, said the local authority had struggled to secure funding from Mr Javid’s department to pay for the removal of cladding and the installation of sprinklers.

“Ultimately these are things that the London Fire Brigade says have to be done and ultimately the cost is having to be borne by the housing revenue account, which is tenants’ rents and service charge fees,” Mr Hug said.

Mr Javid says Kensington and Chelsea Council plans to have all former residents of the tower moved out of emergency hotel accommodation by Christmas, unless they want to stay,

He stressed that no one would be forced to decide on a new home before they were ready.

He said that of the 203 households left homeless by the fire, 92 were still living in hotels with no other offer of accommodation.

Just 10 of them have moved into permanent new homes, and 44 were in temporary accommodation.

Another 40 households have accepted the offer of permanent homes and 17 have taken temporary placements, but have not yet moved in, he said.